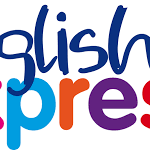 Question 9: When ______ to explain his mistake, the new employee cleared his throat nervously.
Question 10: Stay out of this problem and do not interfere, please! It’s none of your _______!
Question 11: John ____ this task yesterday morning, but I did it for him. He owes me a thank-you.
Question 12: ____ furniture needs supplying for the schools in the whole country will slow down the process of the reform of education.
Question 13: “What do you want me to cook for your dinner? “____. ”
Question 14. Peter was ejected after committing five personal _________ in water sport game yesterday.
Question 15. The activities of the international marketing researcher are frequently much broader than _____.
Question 16. Having been selected to represent the Association of American Engineers at the International Convention, __________.

Question 17. Although David was ____ after a day’s work in the office, he tried to help his wife the household chores.
Question 18: Although they are poor and hard, they are ____ to their children’s success.
Question 19: Uncle Ho’s desire was that our country might______other countries in the world.

As the twentieth century began, the importance of formal education in the United States increased. The frontier had mostly disappeared and by 1910 most Americans lived in towns and cities. Industrialization and the bureaucratization of economic life combined with a new emphasis upon credentials and expertise to make schooling increasingly important for economic and social mobility. Increasingly, too, schools were viewed as the most important means of integrating immigrants into American society.

The arrival of a great wave of southern and eastern European immigrants at the turn of the century coincided with and contributed to an enormous expansion of formal schooling. By 1920 schooling to age fourteen or beyond was compulsory in most states, and the school year was greatly lengthened. Kindergartens, vacation schools, extracurricular activities, and vocational education and counseling extended the influence of public schools over the lives of students, many of whom in the larger industrial cities were the children of immigrants. Classes for adult immigrants were sponsored by public schools, corporations, unions, churches, settlement houses, and other agencies.

Reformers early in the twentieth century suggested that education programs should suit the needs of specific populations. Immigrant women were once such population. Schools tried to educate young women so they could occupy productive places in the urban industrial economy, and one place many educators considered appropriate for women was the home.