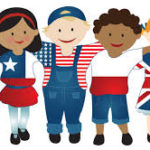 We ought to keep these proposals secret from the chairman for the time being.

Mark the letter A, B, C or D on your answer sheet to show the underlined part that needs correction.
30.
He has fewer friends in his class now as he had last year.
31.
It is suggested that smoking should ban in pubs, restaurants, and other public places.
32.
The woman who daughter I saw yesterday is a doctor.
33.
Although Mary has been in Vietnam for 10 months, she knows a little Vietnamese.
34.
She felt so tiredly after the game that she had to lie down on the ground.
Read the following passage and mark the letter to indicate the correct word for each of the blanks.
Many of us get a bit nervous when meeting new people, especially if we’re in (35) ………… in a large group of strangers. We worry about what we’ll say, how we’ll look but in the end most of us can (36)……… with this kind of situation and even enjoy it. But for others it’s not so easy. People suffering (37)……….. social phobia have a deep – seated fear of social situations. At best they find (38)……….. impossible to enjoy these occasions, and at worst they may go to great lengths to avoid them. In a world (39) …….. socialising with friends and family and “networking” for your career are hugely important, this kind of problem (40)………. make it impossible to live a normal life. People with social phobia may avoid promotion at (41)……….., and worry that others think they are boring. In extreme cases this can (42)………. to depression. Luckily there are ways to cope. These include therapies (43)………. as cognitive behavioural therapy, social skills training to boost confidence, and even exposure therapy, in which people (44)………… exposed to frightening situations in a controlled way to help them deal with their fear.
35.
36.
37.
38.
39.
40.
41.
42.
43.
44.
Read the following passage and mark the letter A, B , C or D on your answer sheet to indicate the correct answer to each of the questions.

Although they are an inexpensive supplier of vitamins, minerals, and high-quality protein, eggs also contain a high level of blood cholesterol, one of the major causes of heart diseases. One egg yolk, in fact, contains a little more than two-thirds of the suggested daily cholesterol limit. This knowledge has driven egg sales to plummet in recent years, which in turn has brought about the development of several alternatives to eating regular eggs. One alternative is to eat substitute eggs. These egg substitutes are not really eggs, but they look somewhat like eggs when they are cooked. They have the advantage of having low cholesterol rates, and they can be scrambled or used in baking. One disadvantage, however, is that they are not good for frying, poaching, or boiling. A second alternative to regular eggs is a new type of egg, sometimes called ‘designer’ eggs. These eggs are produced by hens that are fed low-flat diets consisting of ingredients such as canola oil, flax, and rice bran. In spite of their diet, however, these hens produce eggs that contain the same amount of cholesterol as regular eggs. Yet, the producers of the these eggs claim that eating their eggs will not raise the blood cholesterol in humans.

Sleep is a natural process, and although a lot have been written about the subject, it is still surrounded by mystery. It is used by some as an escape from the world, and regarded by others as an irritating waste of time: some people get by on very little, others claim they cannot exist without at least ten hours, but nobody can do without sleep completely.

It is widely believed that sleep repairs the body and makes good the damage caused by being awake. However, its main function is to refresh the brain. Experts believe that probably only about two-thirds of our sleep is necessary for repairing and refreshing the brain, with the most valuable sleep coming in the first few hours of the non-dreaming period, the last few hours of sleep are not so essential. The brain can manage quite well with reduced sleep as long as it is uninterrupted sleep.

The quality of sleep is important. A study conducted in the USA looked at short sleepers, who slept for 5.5 hours on average, and long sleepers, who had 8.5 hours or more. It is discovered after a variety of tests that the long sleepers were poor sleepers, had twice as much REM sleep as the short sleepers, appeared to sleep longer to make up for poor sleep, and did not wake up in the morning refreshed. Similarly, people who sleep deeply do not necessarily get a better quality of sleep than shallow sleepers. Deep sleepers can feel tired the following day, so six hours of good sleep is worth more than eight hours of troubled sleep.